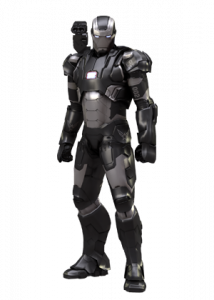 Why not? Why is it that gun control has become political poison? Since when do thirty thousand deaths (2004, US) go unnoticed, unmentioned, unanswered in our nit-picking, privacy smearing political process. We have debated endless hours over race and immigration, we have created another national movement over a war that has costs thousands of American lives over the last five years, and yet we cringe from mentioning the (let’s say it again) thirty thousand deaths that occurred in a single calendar year. How many deaths are caused by guns held in trusts? NFA gun trusts are not ok.

Sure there are groups, sure there is legislation. There are speeches and the wringing of hands. There are local programs, amnesties and trade-ins. But we as Americans have as yet to come to terms with the fact that guns are bad things to have around, in home or pocket or purse. We cling to the questionable constitutional notion that somehow having the right to bear arms makes us more free – when ownership is hidden by the trust. And perhaps in an age of flintlock rifles and muskets it could almost make a sense, especially if a time when we were afraid of government and the footsteps of the British King were everywhere. Those days are gone.

We have become much more advanced in our weaponry.

Yet not even the assault weapons ban has proved safe. Who, just who, may I be so bold as to ask, came up with the notion that a weapon that can kill a large number of people in a very short time is a good thing? That there is any law or statute or document that can give legitimacy to that idea? How is it that we can be convinced that removing these weapons from circulation would somehow hinder our freedom?

Why do we hand so many citizens the right to carry a deadly weapon, even a concealed deadly weapon into a public place, pretty as can be, with no repercussions? For protection, for God’s sake? For protection? How is it that we think so little of such a grievous public threat? This is that old Archie Bunker thing about stopping highjacking “by arming all the passengers.” Jeez, I guess when the insurgency comes, all the insurgents will be ready to go. Oh that’s right, we have racial profiling to protect us from guys named Mohammed. Or Kaczynki.

Is it the NRA? Is it true that post-reconstruction the budding NRA and the KKK got together in deciding that it would be profitable to make us afraid of African Americans and foreigners of suspicious nature? What worries me is when I begin to believe these things.

Well, excuse my language, but fuck the NRA. And fuck the Second Amendment, if that is your sacred cow. Repeal it. And don’t allow NFA gun asset protection trusts.

I know, “guns don’t kill people…” Bullshit. One of the purest lines of bullshit ever swallowed by a gullible American public that just hungers for bullshit.. People kill people with guns, Jack, and don’t forget it. I know there are millions of guns in Canada, and the murder rate is extremely low. But so what? We are Americans, goddammit. and apparently we can’t handle these things.

Let’s get with the program. I realize that it is rational to be afraid of well organized people with weapons in their hands, but let’s not be afraid to discuss it, people. Especially those of us running for public office. In any party. People are dying out here, every day. There are no telethons or celebrity bashes. There is no half-time show. We cannot trust these people with NFA firearms.

People are dying. Men, women, children. Innocent and guilty alike. The gun cares not whose flesh it opens.

Lets talk. And make it soon.

Since everyone has the right to have a gun, I think that each person should control their own gun and not kill or hurt anybody with it. I also think guns should come with an instruction book and perhaps a warning label that says, “Do not point and fire this at anyone as you could hurt them all the way to dead! Also do not shoot self, as it could cause discomfort!” It wouldn’t stop anyone, but it might delay them long enough to miss the bus or rush hour at McDonalds.
The reason I think that guns should come with instructions is that when my grandma got her gun it took her several hours to figure out how to load it. You see this was thirty years ago, and grandma got the gun for protection. There had been several break-ins in her neighborhood. Things haven’t changed a whole lot, have they?

Anyway she paid for the gun and a box of bullets. Then took them home. She unpacked the little gun and sat on the bed trying to figure out how to load it. A great place to load a gun, on the bed. Somehow she got one bullet in the chamber and fired the gun. BANG!

It was a hot summer day and grandma had managed to shoot the air conditioner. It stopped running; so she called my dad to come fix it. The problem was a bullet in the motor. Dad patched the air conditioner, replaced the motor, and fixed the hole in the ceiling. Then he tried to get grandma to give him the gun.

“You could hurt someone,” he told her. “If your landlord had been up there something besides a motor could have been hurt.”

But grandma didn’t feel safe without her gun. So Dad showed her how to load it and took her to the firing range for some lessons. Then he put a dead-bolt and chain lock on both her front and back door – because they don’t trust strangers.

The gun stayed on grandma’s closet shelf until late one night. She heard someone in her kitchen. She tiptoed over to the closet and got the gun. Carefully she made her way to the kitchen. She heard nothing but her own heartbeat in the darkness. Moonlight shone on the table top as she passed it. Suddenly, there was a noise behind her, she turned and fired, sort of like James Bond does at the beginning of all those movies.

The carnage was terrible. Grandma had shot her new self-defrosting refrigerator. That was the noise she heard, the defrost cycle turning on and then off. There was a hole through the front panel. The bullet scrambled some eggs, killed a bottle of milk and lodged in the back of the refrigerator.

After that grandma kept the gun unloaded. She never used it again. We had the refrigerator for years and can definitely answer the question, “Does the light go out when you close the door?” Yes it does.

I’m just glad she didn’t get a machine gun we would still be paying off her roof and refrigerator.

So, if you do have a gun, please don’t shoot it at anyone or anything at least in the house, especially if it’s a machine gun. You could really ruin your refrigerator.

Remember, be careful and be nice when someone has an NFA firearm.